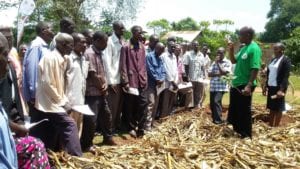 Café Africa is a non-profit organization registered as an association under Swiss law. It was founded in 2006 by Mr. John Schluter who worked nearly 40 years, mainly in processing, exporting and marketing African coffee.

Café Africa was founded with the objective of working with Africa’s coffee industry to find ways to restore Africa’s coffee production to its former level in world markets, having fallen from 25 – 30% of global exports to around 10% by 2006.

The Association aims to act as a catalyst to focus the vision of the industry in each country, and to bring the stakeholders to work together towards achieving that vision, to help organizations and companies to identify and agree the key points of intervention, and work to achieve the agreed objectives, and to find creative ideas and methods for rekindling interest in coffee production in Africa, especially among young people 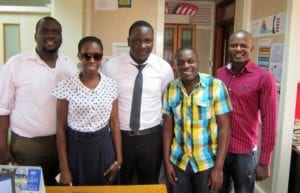 While Café Africa was founded in Switzerland, country offices have been established wherever it supports the national coffee sector. Café Africa is currently working in three countries.  In Uganda we helped establish, with UCDA, the National Coffee Platform, and provide the secretariat for its Steering Committee, a group which has met nearly every month for over 10 years, bringing a better degree of harmony to the sector.  We have supported District Coffee Shows in the major production areas since 2008, attracting over 150,000 farmers to learn more about coffee. Harmonized extension materials were developed through the Steering Committee, and have since been used as the basis of training of agronomists and lead farmers, both public and private sectors, in nine Districts. 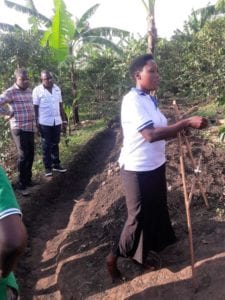 In Tanzania, we worked with the Tanzania Coffee Board (TCB) to establish in 2009 an annual stakeholder meeting of the coffee sector. This has since been incorporated into the Regulations with the National Coffee Conference, (NCC), held annually in May. We supported the development of a National Sustainability Curriculum, which has now been rolled out in agronomy training in 3 Districts, with a further two now included.  Key to the NCC is the input from the Zonal Stakeholder Committees, which we have supported together with the TCB, to ensure the voice of the producers in the production areas is heard at the annual meeting.

In Democratic Republic of Congo we initially helped stakeholders develop their National Coffee Strategy, which was adopted by the Government in April 2011.  With the difficult economic and social environment in the country, progress has been slower than hoped, but since 2011 there has been considerable investment in coffee, most especially in Eastern DRC, North and South Kivu, where the arabicas are of an intrinsically good quality.  In addition, we have supported the development of nurseries under an AIDCOM programme of the EU, as well as the production of the special Petit Kwilu robustas on the western seaboard in Congo Central Province.

Apart from these countries, we have worked extensively in Cameroun, though we do not have an office there at present, as well as having consulted on several other countries’ coffee sectors, including Burundi, Gabon, the ECCAS countries, Ethiopia, and Kenya.

Overall, the growth of Africa’s production has not been as fast as we would have hoped, though in Uganda, exports have grown well, from a 3-year moving average of around 2.45 million bags to their current level of around 3.8 million (taking into account the encouraging result of more than 4 million bags for the 2016/17 coffee year).

The market opportunity is still growing, as global consumption continues to grow, possibly even faster than had previously been anticipated.  With the world needing about 50 million bags of additional coffee by 2030, it will be up to Africa’s producers – and their Governments – to decide if they want to gain a better share of the market.  Based on the likely outlook, it should prove a worthwhile investment for growers who have the courage to stick with coffee, provided they can achieve reasonable levels of productivity!