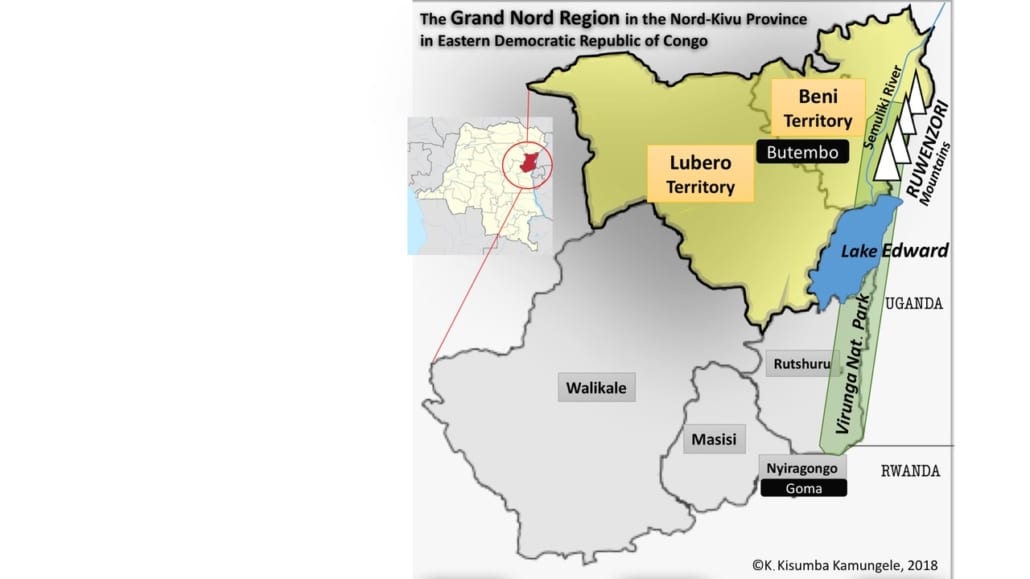 Just as certain activities are associated by the human mind with specific places, by the same token Coffee in RD Congo is associated with the eastern part of that country. In recent years, most international media coverage on Congo Coffee has been focused on the area bordering the shores of the Lake Kivu, but less attention has been drawn to another section of DRC where coffee activity has remained vibrant, despite its apparent isolation.

This place commonly called as the “Grand Nord” is a region located in the northern part of the Nord-Kivu province of the DRC. It is a vast space made up of the territories of Lubero and Beni, covering close to 24’000 km2 and inhabited by close to 3 million people. It is bordered in the North by the Province of Ituri and in the South by the Territories of Walikale and Rutshuru. On its west there is the Tshopo  Province with wrapped by the Maiko National Park. On the east side of the region, one can find a series of rivers, mountains and lakes constituting landmarks at the border of DRC and Uganda.  In that location, there is  the Lake Edward, lying in the Virunga National Park, which is connected to the Lake Albert by the Semuliki River, flowing northward through the Albertine Rift Valley on the west side of the Ruwenzori Mountains Range, whose highest snowcapped peak reaches 5’109 m altitude.

To read more please click here and turn to page 14 in our October – December 2018 Magazine. 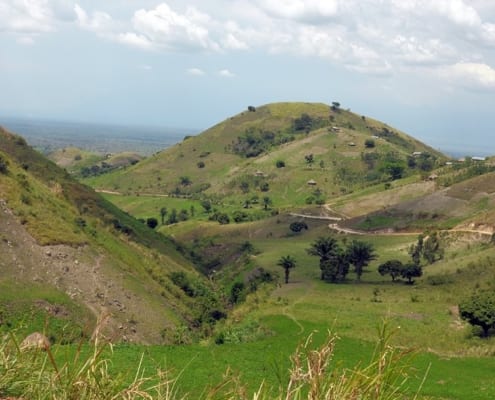